Be as specific as possible with the search terms you use

The findings of a research study into how juries reach decisions has been published (9 October 2019) revealing that the removal of a ‘not proven’ verdict option, size of juries, and change to type of majority required all have an impact on the outcome in finely balanced trials.

The research was conducted by Ipsos MORI Scotland and researchers from the Universities of Glasgow and Warwick on behalf of the Scottish Government. Involving 64 mock juries and 969 individual participants, it is the largest study of its kind ever undertaken in the UK.

The study aimed to address two overarching questions: what effects do the unique features of the Scottish jury system – larger number of jurors, three verdicts available, and the need to return a verdict by a simple majority – have on jury reasoning and jury decision making; and what are jurors’  understandings of the not proven verdict and why might they choose this verdict over another verdict.

The findings suggest that:

“The findings of the ‘Scottish Jury Research’ study suggests that there are a range of factors that can impact upon how a jury reaches its decision in finely balanced trials.

“It is clear that more needs to be done to ensure that juries and victims understand what a ‘not proven’ verdict means as well as addressing the frequent misunderstandings of legal concepts, such as the need to prove innocence.

“By failing to adequately prepare juries, victims and the general public cannot be reassured that justice will be delivered through the criminal justice system. Reducing jury size to speed up deliberation time and save courts money should not be prioritised over achieving justice for people who have been adversely impacted by crime.

“I welcome the commitment from the Cabinet Secretary for Justice to embark upon a series of targeted consultation engagements with victims’ organisations and other stakeholders to examine various options for jury reform in the future.”

The full study can be found here. 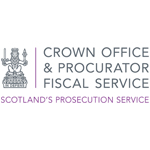