Be as specific as possible with the search terms you use 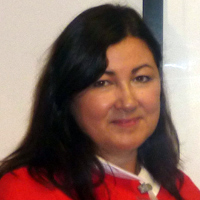 Fiona Young was appointed a Trustee of Victim Support Scotland in September 2014. She held the post of Chief Officer, Lothian and Borders Community Justice Authority from 2015-2017, preparing for a major restructuring. Following this, Fiona worked as an executive coach and supported the work of the Scottish Arts Club Charitable Trust and Edinburgh World Heritage as a volunteer.

Fiona has undertaken a range of consulting projects as Director of her company, A & F Young Ltd, with justice agencies, local government and third sector organisations including research, evaluation, partnership and project development.

Fiona spent over 10 years working for the UK Home Office as Director, Crime Reduction and Communities in the North East of England, a region with a population of 2.5 million people. Her responsibilities covered a number of policy areas including crime reduction, drug misuse reduction, strengthening communities and neighbourhood renewal. Prior to this Fiona had responsibility for regional implementation of the UK Drugs Strategy; leading work nationally on performance management.

Her background and training are varied having worked in the public, private, academic and community sectors. Prior to joining the Home Office she worked in social research at the University of Newcastle upon Tyne. She has a Masters degree in Applied Policy Research.